After the successful first edition Avans and UFMG organized the second edition of the Biobased Battle. The coffee industry was the appointed industry in this edition. 20 Dutch students and 20 Brazilian students worked together in teams of four people. The students came from different studies, such as Chemistry, Chemical Engineering, Environmental Engineering, Law and Economics and Management.

Furthermore, Brazil accounted for 15% of total coffee’s imports to the Netherlands in 2014, the biggest share when compared with other developing countries. The Netherlands is the eight-largest importer of green coffee in Europe, accounting for nearly 4% of all imports.  In 2014, Dutch imports of green coffee beans amounted to a total volume of 132 thousand tonnes (€328 million). The environmental impact of the industry in both countries is high and therefore interesting to work with.

Do you want to know more about the Biobased Battle concept? Please click here.

The week was made possible by the Dutch Embassy in Brazil.

Dutch part of the winners together with the Dutch jury.

"How to optimize the coffee beans processing through treatment and reuse of wastes generated in the farms?"

The result of the week is 10 applicable solutions for the research question.

The international jury assessed each solution on the criteria suitability to the challenge, innovation degree, market potential, environmental impact, feasibility and presentation.

The winner of the week was group 8. 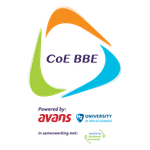 Here you can download the presentation of the winning Biobased Battle 2016. Living Lab partners are investigating whether we can work out the ideas in a project.